I can personally vouch for Dr Wright’s expert knowledge.

Sometimes in life, we all have to take a step back to self care, gain a better perspective and, if needs be, seek professional help in order to move forward. Asking for help is not a weakness, it’s a great example of how to take care of yourself.

I first visited Dr Wright in what can only be described as emotional turmoil; struggling with ruminating negative thoughts. After two visits, I feel so much happier, sleep soundly and am able to concentrate my thoughts in the present moment. I am now in control of my emotions, rather than them controlling me.

I have the greatest respect for Dr Wright and his healing psycho sensory therapeutic approach and would have no qualms in recommending him to others.

There is no better way for me to summarise my experience than to refer to Louisa May Alcott (1832-1888) ‘I’m no longer afraid of storms, for I’m learning how to sail my ship’.

Tracey
I attended Dr. Nick Wrights course One Mind – One Body and it was excellent.
Great content – I have worked with people with neurological disorders as a Dental Hygienist but this taught me so
much more and to see that these conditions can be helped with hypnotherapy was amazing.
Nick has a lovely manner and was very helpful when we were doing the practical work. All in all a great day and he gave us a wonderful folder with so much information in, I shall look forward to further courses by him.

Barbara
One Mind – One Body weekend course with Dr Nick Wright
An integrated approach to neurological disorders.
I was eager to attend this course with Dr Nick as not only had I heard a lot of great things about him and his practice but as a student of Psychology and with an interest in Medical Hypnosis, it sounded like a perfect introduction.
I was not disappointed. The course delivered all that it promised and for me, much more. I was absorbed throughout and came away feeling excited and ready to apply the techniques with my own clients. The literature provided on the course was far and above that which I had expected also.
Finally, Dr Nicks’ parting words were about how we as therapists can really help people who suffer with debilitating disorders such as Parkinson’s and Dystonia, where treatments and quality of life are very limited. This had a real impact on me. Thank you Dr Nick.
Gail

I would like to say how pleased and satisfied I was with the recent session I had attended with Dr Wright who helped me to conquer my phobia about frogs.

I had encountered this phobia for most of my life and had either run from confronting these creatures or had to ask for help. When I spoke to Dr Wright about this he assured me he could help me rid myself of this phobia in approximately 1-3 sessions with him.

During my first session he sat and talked through my problem and asked why I felt this had arisen. He then asked me to state on a grade between 1-10 as to how I was feeling at the time I stated 10 (I was terrified) he then started to use Thought Field Therapy and Havening Techniques whilst continually talking to me he then asked me to copy what he was doing and he continually assured me that no frogs would be brought near me or into the surgery. Several times he stopped the treatment and asked how I felt and gradually I began to feel very relaxed. When I had reached about 2/10 he stopped and asked me if I wished to accompany him to the pond in his back garden all the time assuring me nothing untoward would happen. I went with him and he found two small frogs there – all the time he was assuring me that they would not be handled and I found myself standing there smiling, whereas normally I would have been at the other end of the garden. At the end of the session he asked me to return the following week to ensure I was still content with the way things had progressed. I drove home feeling wonderful and that a great weight had been lifted from my shoulders I even went into my garden where frogs usually appear with absolutely no qualms at all.

I returned to Dr Wright the following week and he immediately asked me how I was to which I replied I was still feeling calm he then asked me to return to the pond area where the little frogs were – again these did not worry me then there was a movement which made me jump initially and I saw a big frog hopping about who was well camouflaged but once again I did not wish to back away from it.

My change of attitude towards these creatures took only that first session to conquer which I did not think would be the case when I walked into Dr Wright’s surgery the week before.

I would like to extend my thanks to Dr Wright for ridding me of my life long fear and to help me realise that it was not the frog itself but the way it moved.

The therapy worked for me and I would encourage anyone who wishes to rid themselves of a fear or phobia to contact Dr Nick Wright and discuss with him the techniques he uses and whether they believe it would be of help to them. 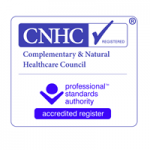